I Was Poisoned with Mercury in LA

One evening, I was sitting at a sushi bar in Los Angeles. I’d just finished one of my favorite dishes — spicy tuna roll — when I began to feel dizzy.

I was so dizzy, I couldn’t even stand up. I had to get help out of the sushi bar and back to my hotel.

I didn’t realize it at the time, but I had been hit by a severe bout of mercury poisoning.

Wild tuna is one of the best sources of essential omega-3 fats. But, sadly, the large wild tuna that are used to make high-end sushi are also the most likely to contain high levels of mercury.

And this poisonous heavy metal can cause serious toxic reactions in your body — as I discovered in that sushi bar in LA.

When I returned to Florida, I had my clinic give me a course of a treatment that I knew would cleanse my body of mercury. In a minute, I’m going to show you how you can eliminate this highly toxic heavy metal from your body, too.

But first, let’s look at the dangers of mercury and where it comes from.

The toxic heavy metal is spewed into our environment daily from industrial mining and power generation. It finds its way into the air we breathe and the food we eat.

High levels of mercury — often in the form of extremely toxic methylmercury — are also absorbed into the marine food chain from industrial pollution. Mercury accumulates in the fish over its life and is concentrated when they eat other, smaller fish.

But industrial pollution isn’t the only source of mercury. The “silver” amalgams in your teeth often contain 50% mercury. So each time you chew your food, toxic mercury vapor is released in your mouth.1

And dizziness isn’t the only danger. Mercury has been shown to damage the immune system, put unborn babies at risk and harm the central nervous system.

It has also been linked to devastating conditions, like Alzheimer’s disease and autism, whose victims have been found to have elevated levels of mercury.

The symptoms of mercury poisoning aren’t always apparent — because you don’t feel what mercury is doing to your body. Yet it destroys your nerve cells and invades your heart, bone, and brain. You could forget names or have trouble concentrating and paying attention. Your reflexes may be slow. Or you develop numbness and tingling. Mercury can make you feel like you’re crazy.

Unfortunately, most doctors don’t know that symptoms like these may mean you have mercury poisoning.

The heavy metal also leads to chronic inflammation, which causes disease, ages you faster, and shortens your life.

When I came across a new clinical study from Finland recently that linked heavy metals and heart disease, I wasn’t surprised. It supports the observations I’ve seen for years in my own clinic.

Results from a study on more than 3,000 healthy Finnish men proved the connection between mercury and cardiovascular disease. The study revealed that the men who ate the largest amount of fish had the highest levels of mercury in their bodies and the highest risk of heart disease.2

And in another recent study, researchers looked at Nordic whaling men from the Faroe Islands, who live on a diet of fish. As mercury levels in the men went up, blood pressure and atherosclerosis went up. This study was one more confirmation of what I’ve known for a long time: Mercury can give you cardiovascular disease.3

Although mainstream medicine likes to blame cholesterol for heart disease, science has known for a long time the underlying culprit is inflammation.

And the inflammatory effect of mercury on your cardiovascular system can be devastating.

Most mainstream doctors believe that heavy metals are naturally removed from your body through your kidneys and liver. But this is far from true. Heavy metals remain in your body for years.

Follow these guidelines to keep your mercury levels low:

But to reverse the effect of mercury in your body, you need to detox — and that means chelation. I’ve found the most effective approach combines both oral chelation and IV chelation.

The word “chelate” comes from the Greek word “chele,” which means “claw.” And that’s exactly what chelation does. The heavy metals are “clawed” out of your body — albeit painlessly.

Here at the Sears Institute for Anti-Aging Medicine, I use calcium disodium EDTA for IV chelation directly into your bloodstream. In no time, heavy metals are “grabbed” by the EDTA and taken out.

Extensive research on chelation also shows that it protects the heart and increases vascular flexibility by dissolving hardened calcium that causes stiff arteries and atherosclerosis.4 It has also been shown to restore brain function from mercury poisoning.5

And for oral chelation or mercury, I recommend:

To Your Good Health, 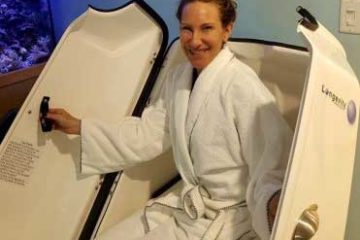 You’ve probably heard of Dr. Robert Atkins — he’s famous for his low-carb diet plan and weight-loss books. But what you may not know is that Dr. Atkins got on the wrong side of medicine. Read more… 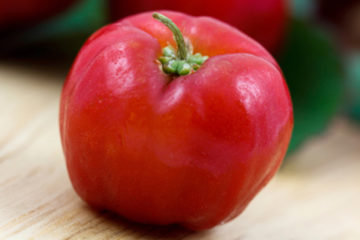 When I lecture at anti-aging conferences around the world, I get a good sense of what the leading anti-aging physicians are thinking about. And I’m surprised by how many are still holding out hope for Read more…

We use information collected through cookies and similar technologies to improve your experience on our site, analyse how you use it and for marketing purposes.
Privacy Policy

We and our partners use information collected through cookies and similar technologies to improve your experience on our site, analyse how you use it and for marketing purposes. Because we respect your right to privacy, you can choose not to allow some types of cookies. However, blocking some types of cookies may impact your experience of the site and the services we are able to offer. In some cases, data obtained from cookies is shared with third parties for analytics or marketing reasons. You can exercise your right to opt-out of that sharing at any time by disabling cookies.
Privacy Policy
Allow all

Always ON
These cookies and scripts are necessary for the website to function and cannot be switched off. Theyare usually only set in response to actions made by you which amount to a request for services, suchas setting your privacy preferences, logging in or filling in forms. You can set your browser to block oralert you about these cookies, but some parts of the site will not then work. These cookies do notstore any personally identifiable information.

These cookies and scripts may be set through our site by external video hosting services likeYouTube or Vimeo. They may be used to deliver video content on our website. It’s possible for the video provider to build a profile of your interests and show you relevant adverts on this or other websites. They do not store directly personal information, but are based on uniquely identifying your browser and internet device. If you do not allow these cookies or scripts it is possible that embedded video will not function as expected.

These cookies and scripts may be set through our site by our advertising partners. They may be used by those companies to build a profile of your interests and show you relevant adverts on other sites. They do not store directly personal information, but are based on uniquely identifying your browser and internet device. If you do not allow these cookies and scripts, you will experience less targeted advertising.
Confirm my choices Allow all
Verified by ConsentMagic